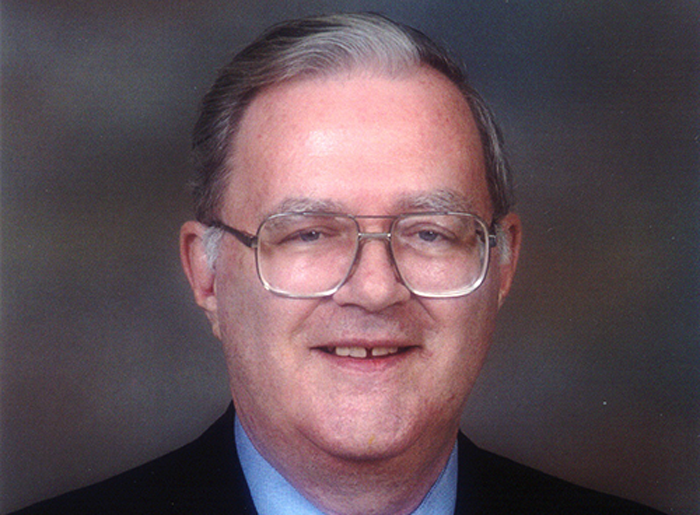 It is with great sadness that we announce the death of Professor Emeritus Peter Carlisle Hughes, preeminent dynamicist, aerospace engineer and space robotics pioneer. Hughes died on January 5. He was 82.

Hughes was a graduate of Engineering Physics (now Engineering Science), class of 6T2. He went on to earn a Master’s and doctoral degree from UTIAS and joined the faculty immediately thereafter in 1966. He retired from the University in 2004.

For over 40 years, Hughes played a central role in Canada becoming a space-faring nation. The history of Canada in space cannot be written without Hughes’s name. Indeed, Canada’s sterling international reputation in space technology owes much to him.

He began his career by recognizing the cause of the unexpected tumbling behaviour of Alouette I, Canada’s first satellite. In 1970, along with colleagues at UTIAS, he helped secure the safe return of Apollo XIII.

His work was seminal to the design of perhaps Canada’s most recognizable technological achievement, Canadarm — the robotic arm for the Space Shuttle. On the occasion of bestowing on Hughes in 2007 the Canadian Space Agency’s (CSA) John H. Chapman Award of Excellence, given as “… tribute to a renowned person whose vision for the development of space reflects Canada’s values as much as its present and future needs,” the CSA President stated that, among other things, “… Canada could not have built Canadarm for the NASA Space Shuttle were it not for Dr. Hughes’s complete analysis of Canadarm’s dynamics and control.”

He was also honored with the CASI Alouette Award presented annually to a Canadian “… for outstanding achievement in the field of astronautics.” The citation included the comments that “Professor Hughes has made contributions to Canadian space technology and to international space science, while nurturing his love of the subject in students for over four decades. Peter Hughes literally wrote the book on the dynamics of spacecraft …”

The book referred to — one of six Hughes authored (or coauthored) — is his text/reference book, Spacecraft Attitude Dynamics, originally published in 1986 and republished in 2004 by Dover as a “classic in its field.” It has been in continuous use in graduate course classrooms world-wide and on the bookshelves of most professionals in the field. In a 2006 interview Scott Ploen, the then-new IEEE Control Systems Magazine Associate Editor for Book Reviews, was asked which books were some of his personal favorites. Ploen replied, “I think everyone has his or her own personal list of desert island classics. Spacecraft Attitude Dynamics by Hughes is one of my favorites.”

This experience motivated Hughes to obtain an MBA from York University’s Schulich School of Business. He then founded, with a bequest from Jeffery Skoll, a joint program — the Skoll Program — in the Faculty of Applied Science & Engineering and the Rotman School of Management at the University of Toronto, to facilitate students earning an MBA while completing their degree in engineering.

He shall be dearly missed.

History of Robotics at UofT: 1974 Canadarm | Reveries of a UofT Robotics Trailblazer