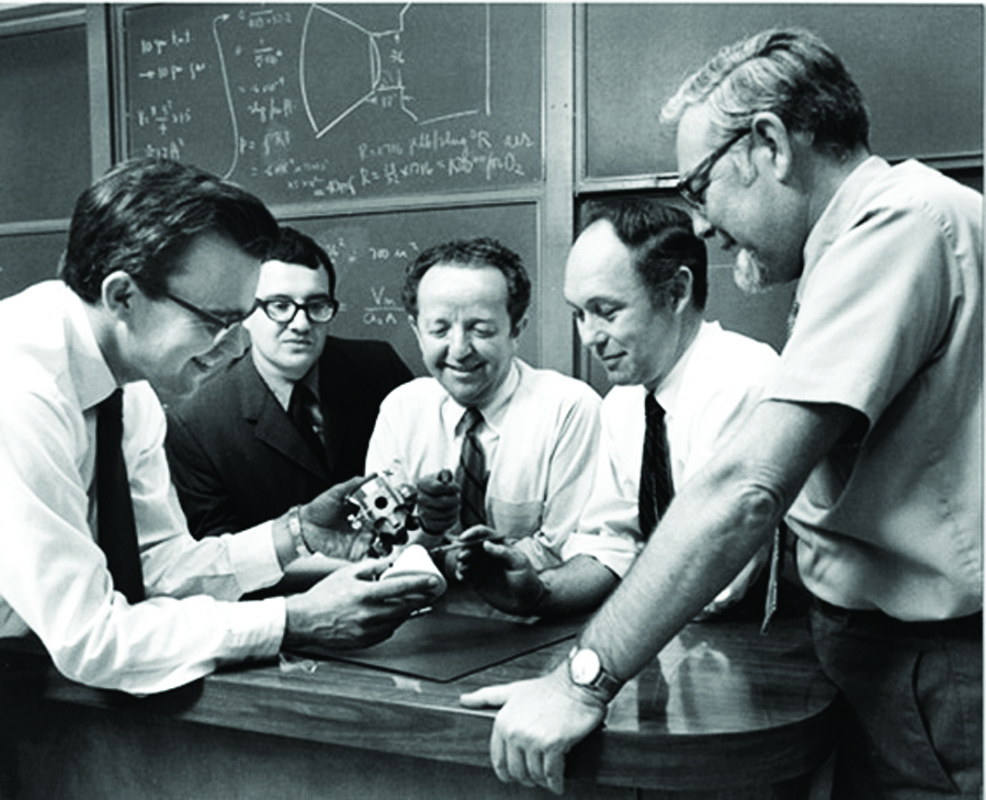 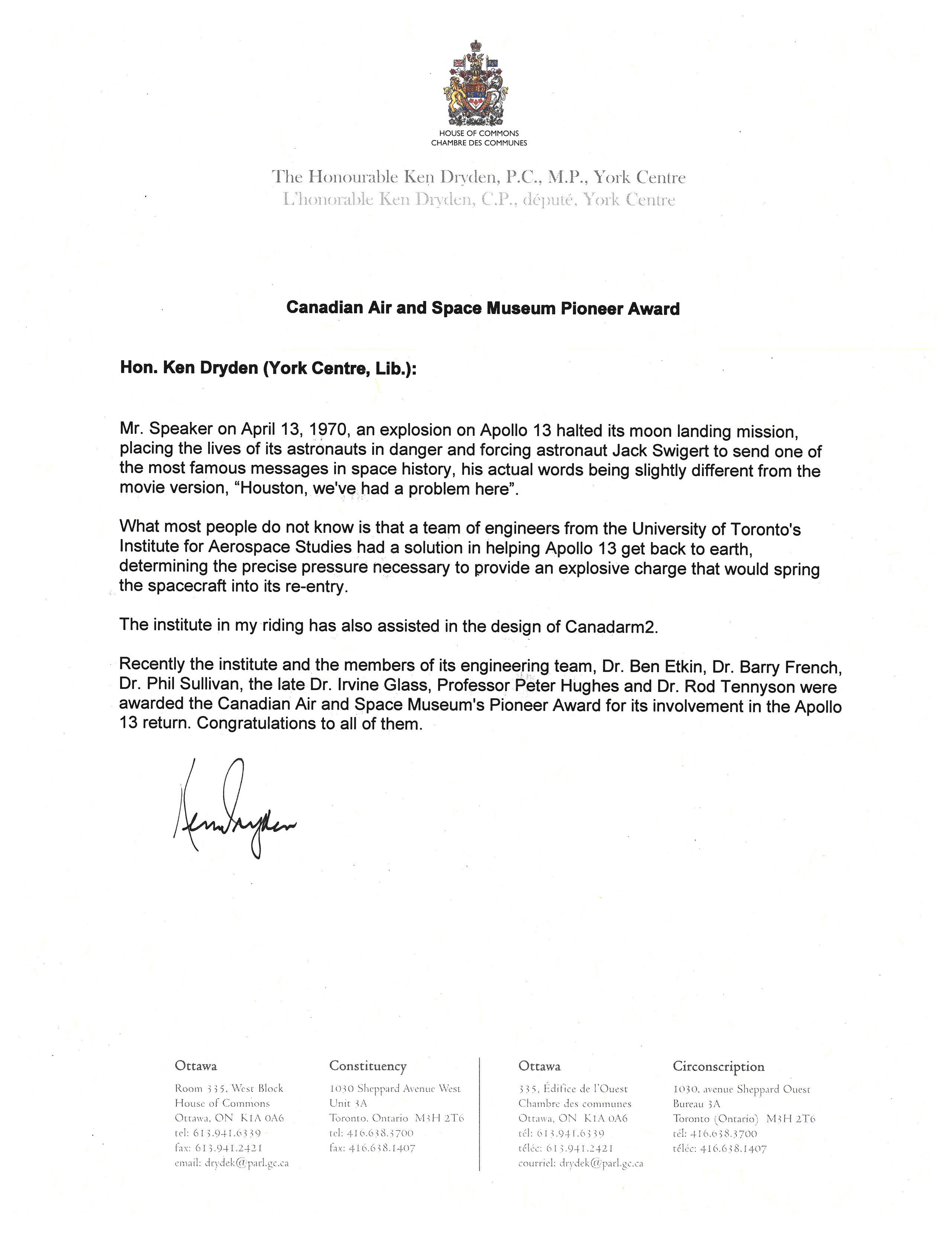 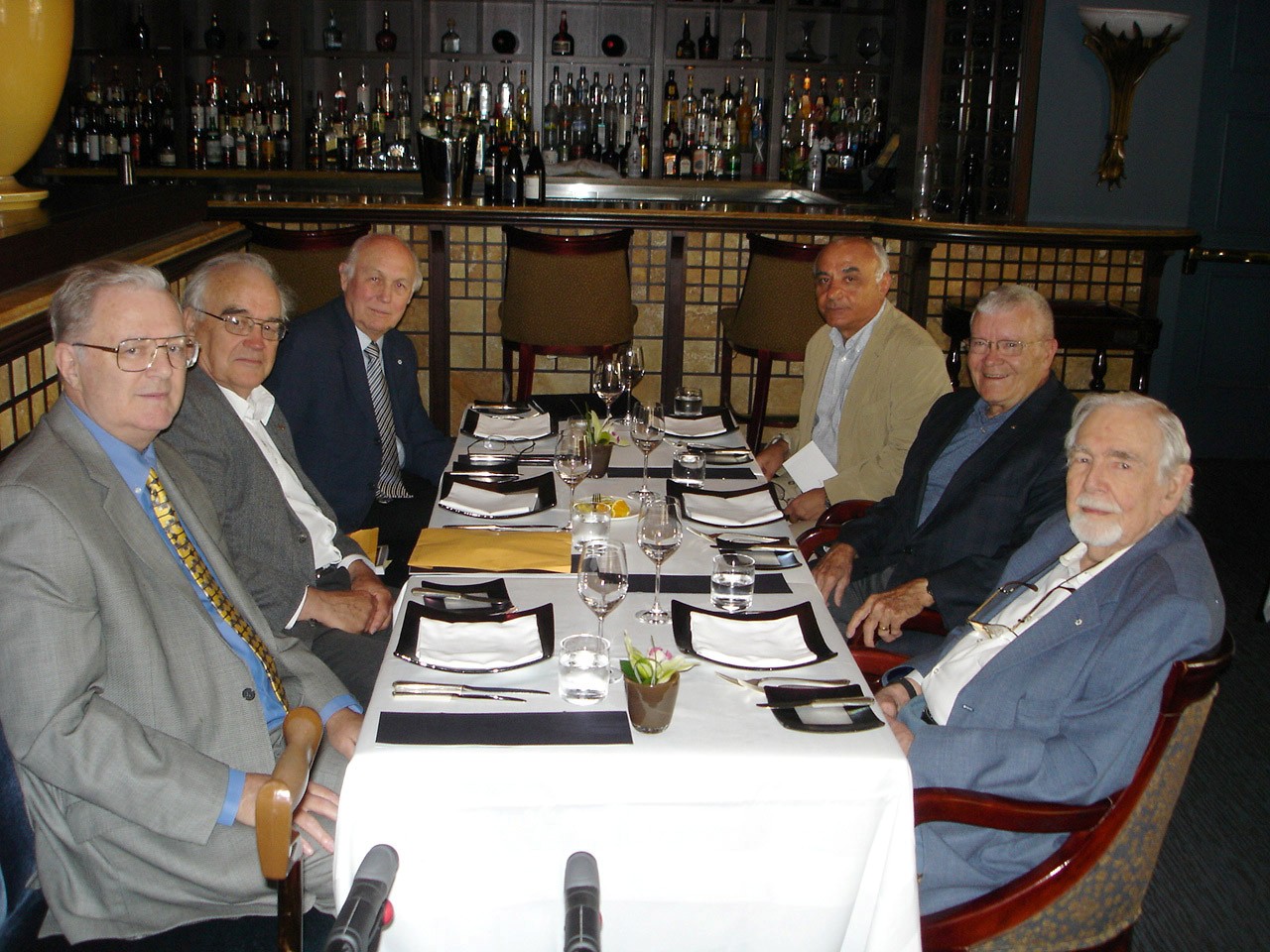 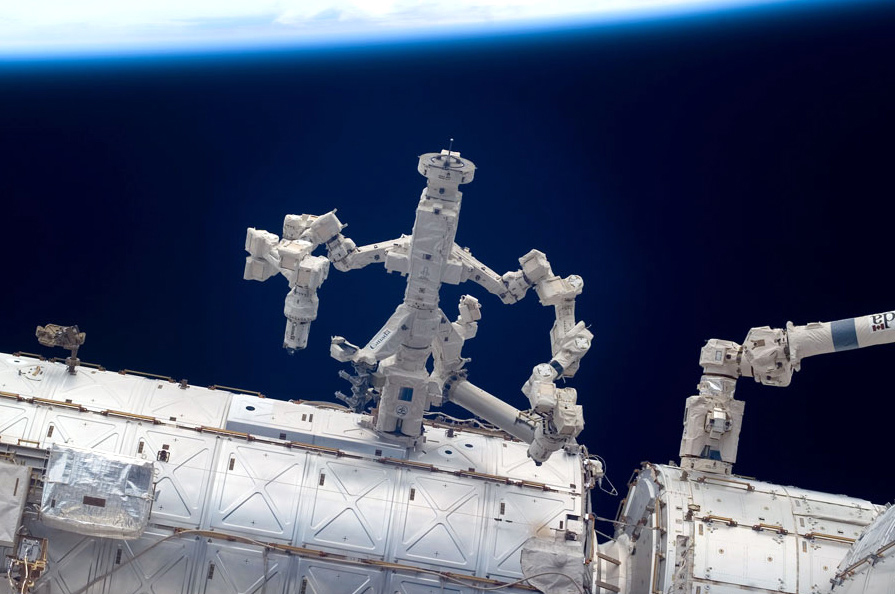 In 1981, UTIAS Professor Peter Hughes was asked by SPAR Aerospace Ltd. to analyze Canadarm.  Hughes, known for consulting on attitude control and structural flexibility for several spacecraft, including the famed Alouette 1 & 2 and ISIS 1 & 2 satellites,  performed complex technical analyses for Canadarm and ultimately developed a completely new approach to the dynamics of robotic arms with elastic links.  This approach was used by SPAR to great success in its Canadarm1 design.  In fact, SPAR’s senior management stated that building the arm would not have been possible without the work done by Professor Hughes.